War drew us from our homeland
In the sunlit springtime of our youth.
Those who did not come back alive remain
in perpetual springtime -- forever young --
And a part of them is with us always.


Between 1966 and 1970, the 281st Assault Helicopter Company lost forty-six brave individuals in South East Asia; ten of our brothers have yet to be returned to their families. The 281st AHC Association is dedicated to honoring and preserving the memory of each individual we lost. To do so we have developed a virtual "Book of Remembrance" with a chapter for each member of our flight that we lost as Killed In Action (KIA) or left behind as Missing In Action (MIA). To view the work we have accomplished to date please click on the individuals name which will take you their chapter in the book. Following the complete listing of names you will find a roster type listing of our MIA/ KIAs shown by date of loss. By clicking on the name of an individual listed on the roster you will also be taken to their chapter in the book. In addition, there is a bookmark of for each year that the 281st served in South East Asia.

Please contact us if you have, or want information, concerning one of our MIAs or KIAs or if you have pictures that you are willing to share with us. This is a "works in progress" and we need your help.

The sketches of our lost Intruders, displayed on this web site, were contributed by Clifford S. Wheeler, a World War Two and Korean War veteran. Mr. Wheeler served as a Navy Medic with the US Marines and went ashore with them at Iwo Jima and the initial Korean landing. Mr. Wheeler passed away in 2011 and was buried, with full military honors, in Arlington National Cemetery. We owe him our thanks.

IF YOU CANNOT VISIT THE VIETNAM VETERANS MEMORIAL, YOU CAN WRITE TO THE FOLLOWING ADDRESS TO HAVE A WALL RUBBING/TRACING OF A NAME MADE AND MAILED TO YOU.

All Gave Some--Some Gave All!

Click here to see the names of brothers on the Moving Wall.
Photos taken by John Galkiewicz.

The mission of the 281st AHC was initially performed by the 6th Air Lift Platoon
and the 145th Aviation Platoon. These units were integrated
into the 281st when it arrived in South Vietnam.

Click on the Intruders name, below, to view his remembrance page. 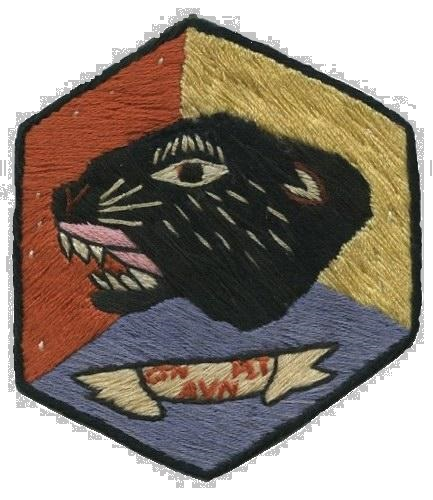 The actions of the 6th and 145th platoons which resulted in the casualties noted above occurred prior to the merger with the 281st. The reports written by the 52nd and DoD of the actions on April 19, 1965 differ as to crew positions and unit assignments. For certain, the 52nd AB suffered nine casualties in an operation north of Qui Nhon at LA Alpha. Three aircraft were struck by ground fire, causing a casualty in one and the complete loss of two others. Specialists Mills appears to have been on temporary duty from Hawaii to fill a vacant door gunner position in the 119th AHC. Specialist Olivar appears to have joined the mission from battalion headquarters. You may click here to view the reports.

We honor the memory of those who established a reputation of support of the soldiers on the ground.
The 281st continued this service after the merger with these predecessor units.

When the war ended the 1st Aviation Brigade, the parent headquarters, of all non-divisional aviation units in Vietnam, reported that they had one hundred men missing in action; ten percent of those missing were from one unit, the 281st. As you read about these men, you will find that they are some of the bravest men you could ever know.

“Presumed to Be Dead;” are words that no Intruder wants to hear. It may be unrealistic, but in the view of the men who served with their missing brothers, all of them are alive and waiting to be found. The U.S. Army, individually, declared that they were "Presumed to be Dead" and placed them in the ‘Killed in Action” status. The next of kin received their final pay and insurance payment. A few were honored by the placement of a remembrance stone in Arlington National Cemetery and at locations throughout the country. All are listed on the Vietnam Wall in Washington, DC. where they are often visited by their brother Intruders.

SFC Richard "Ricardo" M. Garcia
(Note: This one link departs this page, but can return here.)


The Department of Defense, (DOD) POW/MIA Accounting Agency, working with US Army Casualty Officers, has primary responsibility for finding and returning our Ten MIAs. Each family of a missing service person is assigned an Army contact casualty officer who functions as their liaison person with the DOD Accounting Agency. Should you have questions about an unaccounted love one, you should contact your casualty officer, as he or she is the primary point of contact for updated information on your loved one Over the past years we have established working relationships with the DOD staff, and occasionally we receive updates on their plans for upcoming actions that impact our Ten MIA’s. We will be happy to share any information we have, and we will respond to request sent to information@281.com.

WO1 Donald B. McCoig

WO1 DONALD McCOIG WAS AWARDED THE DISTINGUISHED SERVICE CROSS,
THE NATIONS SECOND HIGHEST AWARD, FOR BRAVERY IN COMBAT

THE LAST RIDE
Soldiers from the 3rd U.S. Infantry (The Old Guard) carry Medal of Honor recipient retired
Chief Warrant Officer Michael J. Novosel Sr. at Arlington National Cemetery April 13, 2006
CWO Novosel was a well known Army Aviator honored for his actions as a
Dustoff Pilot in Vietnam and a USAF pilot in WW2 (B-29) and Korea.

The 281st AHC Association has made every effort to validate the accuracy of the information presented here. The official Army Records are the primary sources of the information shown. However, in some cases we have discovered discrepancies that we have not been able to verify or correct. Should you have information or comments concerning a 281st AHC KIA or MIA, please write to either "information" or "webmaster" at 281st dot com to reach a member of the 281st AHC Remembrance Committee.